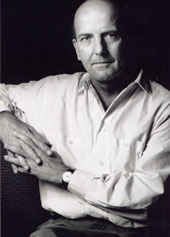 Death of a masterful chorus master, 89

The Brighton Festival Chorus has announced the death of its founder Laszlo Heltay, a Hungarian who gave the British choral tradition a much-needed upgrade in the middle of the last century.

Arriving as a refugee in 1957, Heltay hovered around Britain for seven years before migrating to New Zealand to become director of the national opera and associate conductor of the NZ Symphony.

Returning to the UK, he founded the Brighton Festival Chorus in 1967, achieving instant national acclaim with a performance of William Walton’s Belshazzar’s Feast, conducted by the composer. With Yehudi Menuhin as president, Heltay’s chorus went on to make multiple recordings for major labels with Previn, Ashkenazy and his fellow-Hungarian exiles Kertesz and Dorati. Every other UK chorus had to pull its socks up to match Heltay’s standards.

Heltay remained head of the Brighton ensemble for 27 years.

He moved to Spain in the 1990s to improve the Madrid radio choir and latterly to his hometown Budapest, where he died of cancer on December 17.