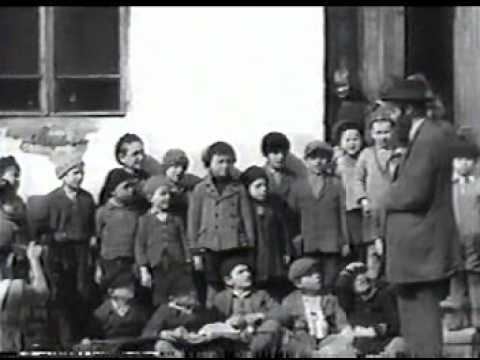 Extraordinary documentary film (with sound and music) from the wedding of the Munkatcher rebbe’s daughter, together with other scenes from Jewish life, religious and secular.

Munkacs was Czech until 1938, when the Hungarians annexed the town. In March 1944 the Nazis took control. By the end of May, 28,587 Munkacs Jews had been transported to Auschwitz, most of them to be murdered on arrival.