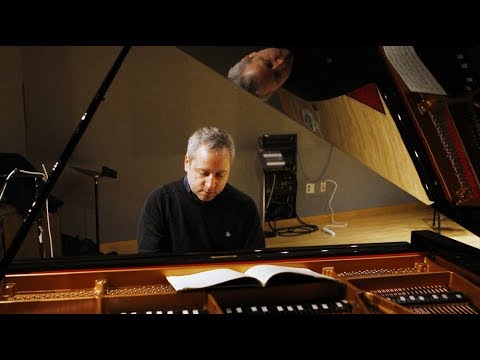 Soloist appears too concerned with audience

Latest review by Christoper Morley from our CBSO100 series:

It’s said you can often tell who is conducting from the nature of the sound they draw from an orchestra. But what happens when their sound has multiple personalities, as revealed in this polarised programme (Beethoven and Stravinsky) under the young Spanish conductor Gustavo Gimeno?

The sheer weight of tone he produced from the CBSO at the start of Beethoven’s Egmont Overture was breathtakingly arresting, each chord attacked with the depth of an excavator, leading into an allegro irresistible in its forward momentum, unleashing energetic reserves of power, and ending in a coda where timpani thrilled and horns blazed.

More Beethoven followed, bringing more minor-key solemnity, Jeremy Denk the soloist in the Third Piano Concerto. Gimeno’s opening tutti was both sombre and athletic, Denk’s entry bringing a warmly-balanced piano tone and a sure sense of organic flow, culminating in a formidable cadenza.

Denk’s approach to the otherworldly slow movement was almost Chopinesque in the delicacy of the rippling right-hand thirds and the filigree of decoration, and the finale was crisp and fresh-faced.

What irritated, however, was his habit of frequently turning his head to conspire with the audience, as though to indicate “this is a good bit, isn’t it” — a mannerism far more appropriate to his brilliant encore, a jazzy, uproarious transcription of the Pilgrims’ March from Wagner’s Tannhauser. Was this Denk’s own?

But Gimeno also found amid this teeming pageantry (the final Shrovetide Fair a counterpart to the excitement of the final scene in Wagner’s Meistersinger) moments of lyricism, and a suspense of excitement which led to an ending which was genuinely tragic.

Death of a Covent Garden founder, 96 »