Conrad Tao, 25, made his Carnegie debut last night in the Weill recital hall, playing a piano recital of modern works without socks or shoes.

When it came to the encore, he sang a song.

The audience had come out to see and support the pianist, and they were ecstatic, so he owed them an encore. He gave them something one is certain has never before been part of a classical recital, the song “True Love Will Find You In The End,” by the recently deceased outsider musician Daniel Johnston. It was clear only the younger crowd knew what to expect, but when Tao followed a gorgeous opening improvisation by singing the song as he played, everyone knew its touching, tender hope.

That counts, we guess, as a statement debut. 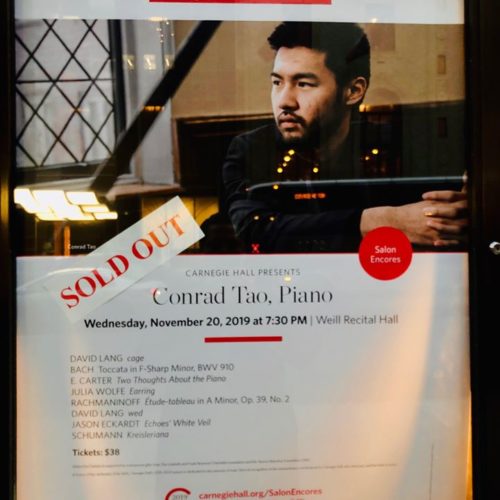 Next time, he’ll sock it to them…