Not all persecuted composers are equal

Every composer suppressed by Stalin deserves to be remembered. Just how much musical attention they warrant is another matter.

Alexander Veprik (1889-1958) was a teacher at the Moscow Conservatoire who wrote in Jewish and Kyrgyz ‘national’ idioms. His Dances and Songs from the Ghetto was performed by Toscanini at Carnegie Hall in 1933, and a Symphonic Song was taken up the following year by Hermann Scherchen and Dmitri Mitropoulos. This was the peak of Veprik’s career…. 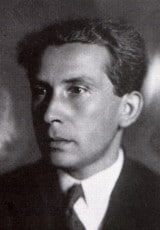