Opera Australia says it has sacked a long-serving singer after rejecting her claim that abusive posts on her social media were made by her ex-husband.

Vanessa Lewis, a chorus member for 24 years, was formerly married to David Lewis, a fellow-singer who is serving three years in jail for child sex.

Vanessa maintained that David Lewis had access to her social media and sometimes forced her to send abusive material. Lewis admitted in court that he had been abusive to his wives. OA decided, however, that Vanessa must bear responsibility for his actions on her media.

She has issued the following statement to Slipped Disc:

I have made no public comment on this scenario on social media, and very little in private life as well to this moment.

Anyone who knows me and knew the man I married can see the truth of these circumstances with absolute transparency.

Choosing to speak has not been an easy decision. I will continue to follow a path of decent behaviour however poor the behaviour of others has been.

I remain heart broken that after an impeccable career of 24 years my employer whom I served faithfully chose to take such a path.

My love of music and theatre will not end here. Nor will my resolve to uphold my reputation and have what has taken place examined.

My despair at the treatment of the victims of abusive men grows.

We never speak of our experiences lightly. After struggling to negotiate a resolution via every quiet means available – I now join the league of women who publicly stand and say ….. #metoo

Vanessa will appeal against her dismissal. 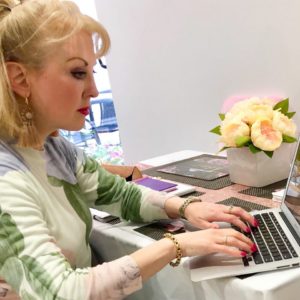