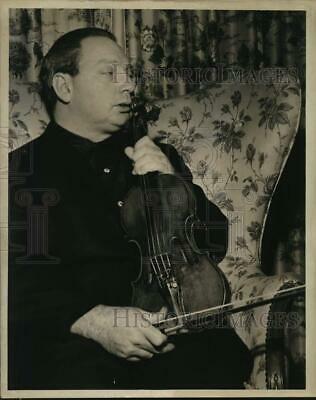 From the BSO’s Tanglewood announcement:

Tanglewood’s 2020 season honors the 100th anniversary of legendary American violinist Isaac Stern’s birth (July 21, 1920) with a weekend-long celebration, July 24-26, featuring six of the world’s most acclaimed violinists performing works closely associated with Mr. Stern’s 65-year career as one of the most preeminent artists of the 20th century. Stern’s relationship with the BSO began in January 1948,
when he made debut with the orchestra performing Prokofiev’s Violin Concerto No. 1 with Serge Koussevitzky conducting. He made his Tanglewood debut that summer and continued to perform regularly at Symphony Hall and Tanglewood for nearly 50 years. The BSO’s weekend of performances is the culmination of a season-long celebration of the centennial of Mr. Stern’s birth.

On Friday, July 24, Andris Nelsons and the BSO open the Stern weekend with the Tanglewood Gala,
featuring violinist Augustin Hadelich in Beethoven’s Romance No. 1 in G, for violin and orchestra (which
Stern performed with the BSO in 1965) and Dutilleux’s L’Arbre des songes, for violin and orchestra, a
work written for and dedicated to Stern. Maestro Nelsons and the BSO close the gala program with
Berlioz’s Symphonie fantastique.
On Saturday, July 25, Midori joins the BSO and conductor Constantinos Carydis for a program featuring
Bernstein’s Serenade (after Plato’s “Symposium”). Stern gave the world premiere of Serenade with
Bernstein and the Israel Philharmonic in 1954, and the following year gave the U.S. premiere
performances at with the BSO and Charles Munch. Mr. Carydis also leads the BSO in Beethoven’s
Symphony No. 7.
The celebration of Isaac Stern’s 100th birthday wraps up with a star-studded BSO performance
featuring violinists Joshua Bell, Pamela Frank, Vadim Gluzman, and Nancy Zhou, cellists Jian
Wang and Steven Isserlis, and pianist Jeremy Denk, under the direction of Isaac Stern’s
sons—conductors David and Michael Stern. The concert opens with J.S. Bach’s Concerto in D minor for
two violins featuring Pamela Frank and Nancy Zhou (Ms. Zhou was the 2018 winner of the Shanghai
Isaac Stern International Violin Competition). Cellist Jian Wang—who, as a young prodigy, was featured
in the documentary From Mao to Mozart: Isaac Stern in China—performs Tchaikovsky’s Andante
cantabile. The afternoon closes with one of Stern’s signature works—Beethoven’s Triple
Concerto—performed by Jeremy Denk, Joshua Bell, and Steven Isserlis. Further program details for the
July 25 and 26 performances will be announced at a later date

As part of the celebration, the Tanglewood Learning Institute will host a special Stern @ 100 Weekend,
presented in conjunction with the weekend’s Shed programming. The TLI Weekend will explore cultural
diplomacy here and abroad, leadership in the arts, and musical collaboration. Sessions include a
leadership in the arts panel discussion with Mark Volpe, Eunice and Julian Cohen BSO President and
CEO, and others, an open rehearsal of the Boston Symphony Orchestra, and a TLI-TMC OpenStudio
piano trios master class led by Emanuel Ax and Yo-Yo Ma, in honor of the incredible legacy of the
Istomin-Stern-Rose Trio. For further information about Stern @ 100 Weekend programs and activities,
visit www.tli.org.