The Heldenbaritone John Wegner has died after a struggle with Parkinson’s Disease.

Born in Germany, he was raised in Australia by an elder brother after his mother died when he was five.

After 11 years with Australian Opera, he joined the Deutsche Oper am Rhein in Düsseldorf and started to make regular appearances at Bayreuth, singing five roles in six summers.

He also excelled as Boris Godunov, the Flying Dutchman and Jochanaan in Salome.

He wrote a frank account of life with Parkinson’s. 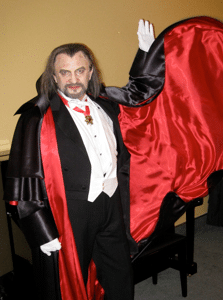