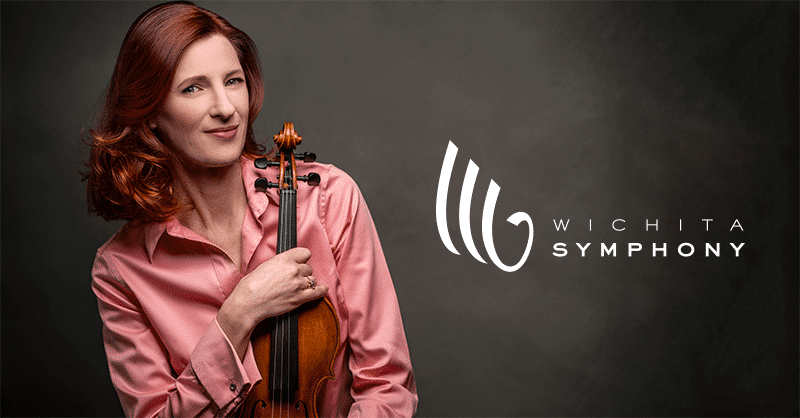 Concertmaster who’s suing her orchestra is taken off stage

We hear that the Chattanooga Symphony & Opera season is going ahead without the leadership of Holly Mulcahy, who is suing the orchestra for breach of contract over the cancellation of a solo engagement.

Holly has not performed since April 25, and audiences have begin to notice.

One board member has resigned over the CSO’s mishandling of a straightforward issue. Its Executive Director Samantha Teter is speaking only through lawyers. It’s not a great way to run a candy store.

Holly Mulcahy has, by contrast, issued her side of things via Slipped Disc:

I can’t begin to express how much it means to hear from so many of the CSO’s patrons and supporters. I want everyone to know that I’d love nothing more than to return to the stage to be among my colleagues and continue to be a part of the Chattanooga community. Being absent has been heartbreaking.

When I came to Chattanooga seven years ago, I felt strongly that this was the right community, in the right place, at the right time to accomplish something special. Everyone from my talented and supportive colleagues on stage, to the music director, principal pops conductor, chorus director, CSO staff, and board were focused on not only maximizing community potential, but creating something that is more than the sum of its parts. Something that represented the unique nature of the city and its residents.

Since so many of you have been asking about where things are, I wanted to provide some backstory to help explain how I think things can move forward in a positive fashion. Upon accepting the position in 2013, the then executive director acknowledged that the concertmaster position was underfunded and that she planned to grow the position to what it should be. My commitment to those efforts included increased fundraising and community engagement efforts.

We made wonderful progress over those years but recent changes to executive leadership have modified that vision and redefined what those leaders believe the concertmaster’s role should be. I fully acknowledge and respect those decisions are theirs to make although I am disappointed they were made without input from me or any of the orchestra’s artistic leadership. As of now, the only thing preventing everyone from moving forward, is finalizing the terms of my individual contract. The key issue is how many concerts per year I’m able to provide.

During my contract negotiations the CSO’s executive leadership asked me to guarantee that I’ll be at the majority of masterworks and chamber concerts. I agreed to those terms and for the 19/20 season confirmed I could perform 5/7 masterworks and 2/3 chamber concerts plus two additional pops concerts. Early in the negotiations, we reached a written agreement on this term. Regrettably, the CSO revoked that written offer without explanation and began moving the goalpost toward even higher commitments. They went so far as to insisting on a full-time commitment for part-time pay.

The good news is the situation is not beyond remedy and I am optimistic we can reach an amicable resolution. Every other term in the individual agreement for my concertmaster contract is settled. I even proposed, and they accepted, financial concessions as a sweetener to help settle the deal. All that’s needed is for the CSO’s executive leadership to accept that I’ve given them what they asked for: a commitment to perform at a majority of masterworks and chamber events along with extra pops concerts.

I hope this can be resolved quickly and amicably and I can return to the orchestra and the city I love.

Holly is also concertmaster in Wichita

« When Bach met Frederick the Great on East German TV

Broadway child star is dead at 13 »