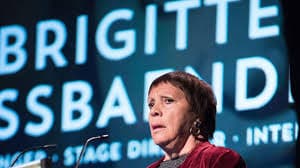 The retired mezzo-soprano, 80, has let on that she will start directing Wagner’s Ring cycle in 2021 at the Tyrolean Festival in Erl.

The festival has been under attack for all forms of abuse against singers and musicians. Its former music director Gustav Kuhn has been forced to resign and the arrival of Fassbaender is intended as part of a healing rebuild.

Brigitte is generally positive about the post #Me2 climate, saying that it has improved working conditions in opera. ‘One is more sensitive towards others, more cautious. When I think of the tantrums a director like Otto Schenk used to throw! Partly that was done for effectm to achieve an artistic end.  But that is not possible today, and that’s good.’