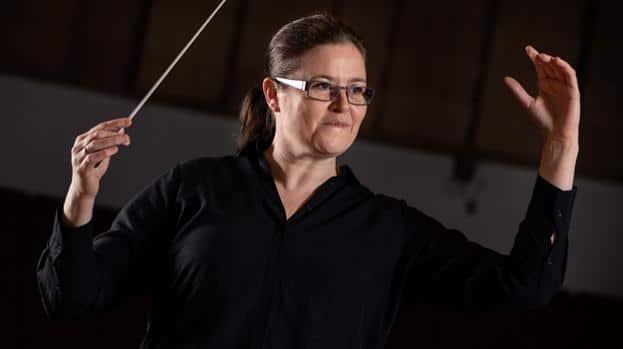 She is Swedish-Finnish and has been, at the Oulu Symphony, the first woman to head a Finnish symphony orchestra.

Sakari Oramo as music director of the BBC Symphony

and now Helsing at the BBC Concert Orchestra.

Plus a Dane, Thomas Dausgaard, at the BBC Scottish.

Why is there not a single non-white conductor at the BBC?

Questions should be asked in the next Parliament.

UPDATE: The BBC have been in touch to say that Ryan Bancroft, recently appointed principal conductor of the BBC National Orchestra of Wales, is African-American.

« Uproar as US music festival sacks 3 musicians for ‘disruptive behavior’

Soloist appears too concerned with audience »