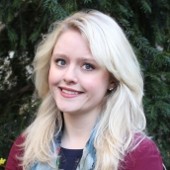 The pianist Daniel Evans who has acted as agent for a number of classical celebrities has received a suspended sentence at Westminster Magistrates Court after breaking down his girlfriend’s door and thrttling her until ‘she could not breathe and her vision became blurred.’

His lawyer described him as a wealthy man who had ‘suffered a complete mental breakdown and was admitted to the Priory mental health hospital’ earlier this year.

‘I am horrified to find myself in this situation.

‘Throughout the course of our relationship Daniel has been a fiercely loyal partner.

‘I have found a true soulmate and partner for the rest of my life.

Evans was the founder of Evans Arts, a shortlived Berlin-based agency.

Alexandra Knight is also an agent. She is listed as joint managing director of Wright Music Management.

LSO adds NSO to its label »