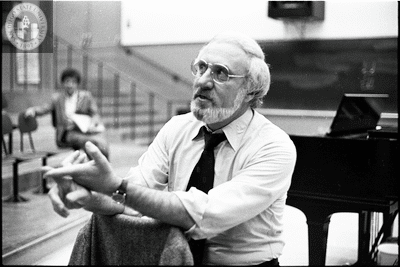 The death of Martin Bernheimer has robbed the profession of music criticism of one of its bravest, most distinctive voice.

As chief music and dance critic for the LA Times for 30 years, Martin took down inflated reputations with panache and braggadocio, without ever being needlessly cruel. He took music personally and, if someone mistreated the art, Martin hurt. He won a 1982 Pultzer Prize and did his best to run Zubin Mehta out of tinseltown.

Retired by the LA Times in 1996, he reviewed regularly for Opera magazine and the Financial Times until quite recently, always with a glint in his eye. He kept abreast of new trends and was a supportive voice in the Slipped Disc comments section. We should have got him to write more.

« Death of a major opera player