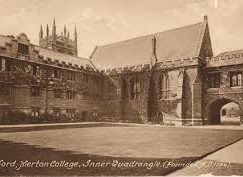 Ralph Leavis, son of the university’s dominant literary scholars, has died in hospital after a short illness and a lonely life. He was 85.

A child of ‘Mozartian brilliance’, he fell out with his combative Jewish mother Queenie and would only communicate, albeit sparingly with his dogmatic father, Dr F. R. Leavis. Ralph seems to have spent much of his life hanging around the music faculty, a found of wisdom whom few consulted. He wrote several learned articles and a host of letters containing corrections to musicological journals.

Claire Tomalin, who was at university with him, ‘found communication with him almost impossible as he remained entirely silent outside class.’ He avoided company, albeit without rancour.

Here’s what the Faculty of Music have published:

We are sorry to announce that Mr. Ralph Leavis died in the JR Hospital on Sunday 6 October after a short illness. One of our long-standing librarians, Gregory ‘Tigger’ Burton says a few words:

“Ralph, or ‘Mr. Leavis’ as we always addressed him, attended Dartington Hall School between 1946 and 1950. He matriculated Lincoln College in 1951 and obtained First Class Honours in Music in 1954. Although he had been a regular reader in both the Music Faculty Library and the Bodleian Library for as long as anyone can remember, we knew very little of his personal circumstances as he was very much a ‘private’ person. Having said that, he would always give a firm and direct response to anyone who took the trouble to engage in conversation, but would not wish to engage in small-talk beyond sharing the occasional cartoon or music-related anecdote from the newspapers.

It is rumoured that he was a child prodigy on the piano and there was a period in his life when he engaged in much music making. Mr. Leavis had a photographic memory and, as well as carrying musical scores in his head, he was intimately acquainted with the Library of Congress Numbering System; this gave rise to the occasional note addressed to Library Staff explaining why some of the Chamber Music in the Library was incorrectly numbered. He took an interest in current affairs and from time to time would write to the Oxford Mail with sometimes controversial views.

Ralph leaves a sister and a brother who have expressed a wish for a private cremation. Shortly before he died, Mr. Leavis had expressed a wish to promote a recital of lesser known musical treasures in the Faculty Library – perhaps this is something we could explore in due course. Mr. Leavis will be much missed in the Library.” 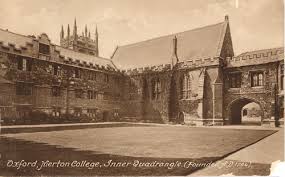