Another cello loss, at 73

We’ve been informed of the death last Friday of Michael Flaksman, American cellist, professor at the University of Heidelberg/ Mannheim.

A soloist with the Cleveland Orchestra at age 17, he won a major competition in Bologna and concertised extansively before settling for a distinguished teaching career.

He founded the Ascoli Piceno Festival in Italy. His son, Jonathan, is assistant principal cello with the Santa Barbara Symphony. 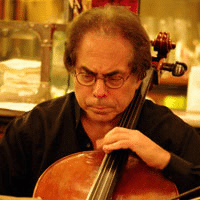