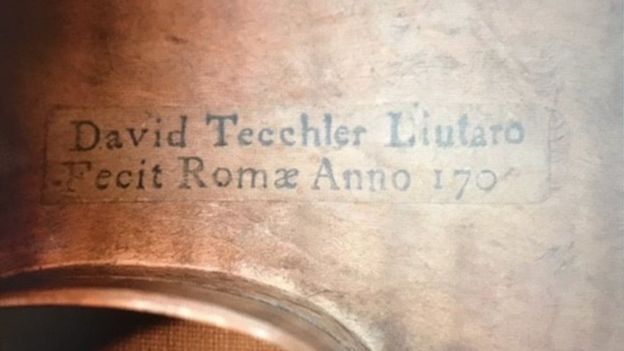 The violinist Stephen Morris has put out a major public alert for his 1709 David Tecchler violin, which he left on the 22.58 London Victoria to Orpington service last Tuesday.

He had been intending to play the violin, worth around £250,000, as concertmaster of two Andrea Boccelli concerts at the weekend.

Instead, he had to borrow an instrument from his wife, Sarah Sexton.

‘It’s devastating to lose it and quite apart from its value, it’s my livelihood,’ he said. ‘I was really only its custodian – one of many people who have played it – and I had hoped to pass it on to another violinist eventually.’