I was 17 when Leopold Stokowski premiered my 1st symphony

From an interview with José Serebrier:

Leopold Stokowski premiered my First Symphony when I was 17, as the last-minute replacement for the announced world premiere of Charles Ives’ 4th Symphony, which was still unplayable at the time. Then Stokowski recorded my symphony. Stokowski also conducted the US premiere of my early Elegy for Strings at Carnegie Hall, and a few years later he opened the Carnegie Hall season with my new Poema Elegiaco (2nd movement of Partita, Symphony No. 2). Conducting my Second Symphony in Washington with the National Symphony Orchestra, age 20, is also a great memory, but there are many other memorable premieres. Hearing a recording I didn’t know existed on the radio, my Symphony for Percussion, conducted by Sir John Eliot Gardiner. This work was just recorded again, in Moscow, and it will be part of a new SOMM CD of my music. 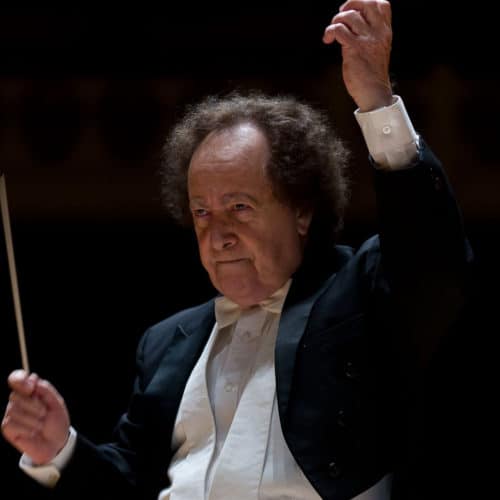