The DSO Berlin has been forced to cancel tomorrow’s concert in Seoul, South Korea.

It is in Tokyo, where all flights are grounded by the typhoon.

Its manager Alexander Steinnbeis tells Slipped Disc: ‘We were caught right in the middle of typhoon Hagibis which resulted in a cancellation of our onward flight connection from Tokyo to Seoul this afternoon. Finding alternative connections for 115 people is proving very difficult, as flights are hugely disrupted. The first concert in Seoul therefore has had to be canceled and the second one is in jeopardy as well, although we are still hoping to make it there.’ 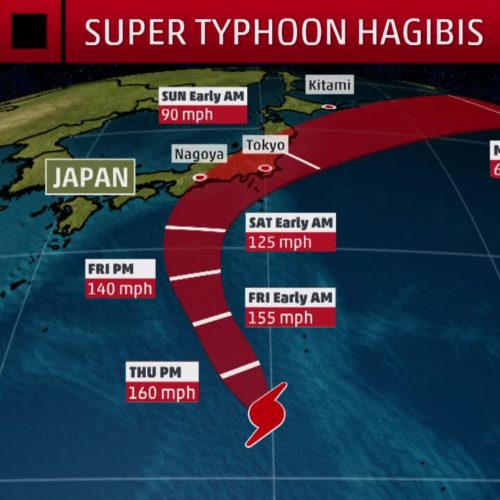