In her first weekend as principal conductor of the Dutch Radio Philharmonic Orchestra, Karina Canellakis keeps getting asked by journalists what it feels like to be a woman conductor (she’s the country’s first, apparently).

When one of them needles her, asking why she wears the same clothes as male conductors, she almost loses it.

Yielding the Google-translate headline: ‘Sex is irrelevant on the goat’. Weird. 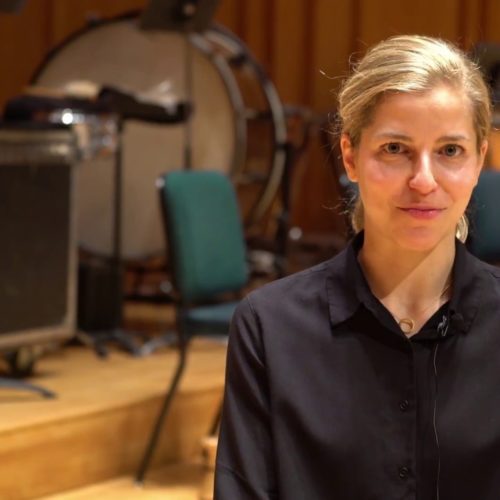