Death of a refugee mezzo

Erika Wien, who has died in Zurich aged 91, seldom spoke about her origins as a refugee from Nazi-occupied Vienna and, later, Poland and Russia.

She returned to Vienna after the War as a student, was signed up by the Volksoper in 1952 and went on to have a fruitful career at various German houses before settling at Zurich Opera from 1964 to 1980.

She was a noted Marie in Wozzeck. 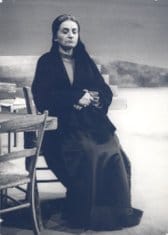