Death of a major opera player

Spanish media have reported the death of Helga Schmidt, long-standing artistic advisor at Covent Garden and founder of the contentious  Palau de les Arts in Valencia. She was 78 and was embroiled in an interminable legal struggle to clear her name in Spain.

Helga, who knew Wilhelm Furtwängler, Karl Böhm, Dimitri Mitropoulos and Clemens Krauss at her Austrian childhood home, formed close friendships with the conductors Lorin Maazel and Zubin Mehta and especially with the singer Placido Domingo, who spoke out for her when she faced politically motivated charges of corruption in Valencia.

She was the ultimate establishment figure at the heart of the opera business, one who placed the needs of artists above all other priorities and there were concerns in London that her influence contributed to Covent Garden’s stagnation in the 1980s.

But no-one could put together a star cast more effectively than Helga and her standards were never compromised. The orchestra she formed in Spain for Maazel was the best that country has ever heard.

Her last years were dogged by arrests, passport confications and legal expenses as Valencia’s mayor turned against the arts centre. She spent hours on the phone with Slipped Disc, producing documents that she was sure would clear her name. Now death has robber her of that chance. 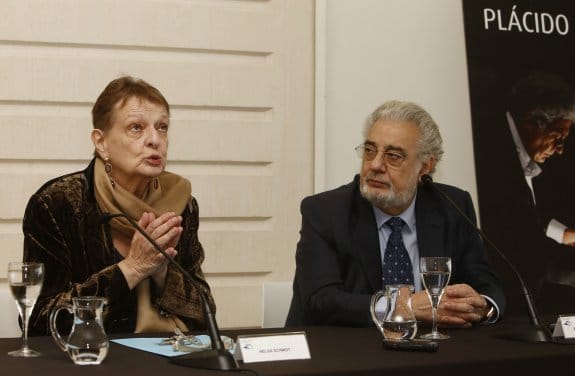