Ode to Joy sung in Arabic on the streets of Beirut last night. 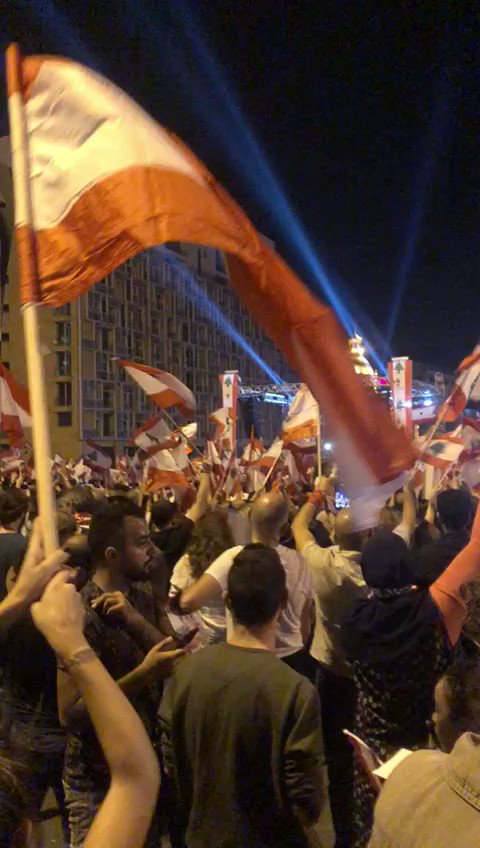