Seventy-five years ago today, a train from Theresienstadt arrived at Auschwitz. Among those crammed into its standing-room cattle trucks on a journey of almost 24 hours were four composers:

All four were murdered in the gas chambers, either immediately on arrival or a few hours later on the following day. The date was either 17 or 18 October. 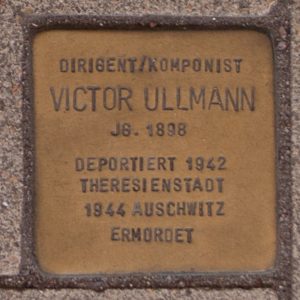