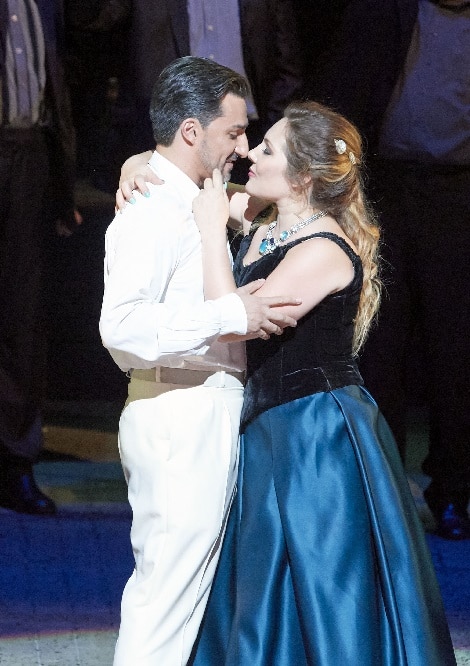 When Irina Lungu fell sick moments before the season’s opening Traviata, the Vienna State Opera was lucky to have Ekaterina Siurina in the audience, ready and willing to sing Violetta.

Ekaterina happens to be married to the tenor Charles Castronovo, who was singing Alfredo.

The director, Dominique Meyer, went out in front to explain that the curtain would be delayed by half an hour.

Last season, Castronovo jumped in from the audience to sing Rodolfo at the Royal Opera House in London, opposte Ekaterina’s Mimi.

They are making something of a habit of this.

Having 2 orchestras is always better than 1 »