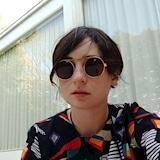 The odds against becoming a musician in America

From a fabulous confession by architecture writer Kate Wagner:

I was discouraged from pursuing a number of different careers—botany, architecture, creative writing. But I was never, somehow, discouraged from pursuing a life in classical music. Growing up in a small Southern town, I was a shark in a little pond, better than my peers because I had a head start. Everyone thought I was talented, including myself, as I nabbed first chair after first chair. With every victory, the belief that the world was just and fair, and that the talented and hardworking would inherit it, became more and more cemented in my child-soul. When I was in high school, I decided I wanted to be a composer more than a violinist. I wrote my first pieces, little violin ditties, during my sophomore year. Pirated notation software expanded the ensembles to string and even chamber orchestra. I begged my parents to let me attend a pre-college summer program for composers at the Cleveland Institute of Music.

I should have thought twice about the career choice I had impulsively made at the age of seventeen when my parents explained they could only afford to send me to an in-state school instead of an out-of-state, high-end conservatory. My unshaken worldview relented, telling me that if I worked hard, I would succeed no matter which school I attended. I enrolled in the University of North Carolina at Greensboro in the fall of 2012. Frankly, I’m glad I went there and graduated debt free instead of going to an expensive conservatory, where the crushing of my dreams would have been far more expensive….

One day, around the beginning of my junior year of college, it occurred to me that I wasn’t going to make it….