The tumbrils are rolling.

Statement from the Metropolitan Opera: ‘Following the alleged incident reported by the Royal Opera House concerning Vittorio Grigolo, the Met will be suspending him with immediate effect from all future performances, pending the outcome of the ROH investigation.‘

Grigolo, 42, is accused of groping a female chorus member during a performance.

He has upcoming engagements at La Scala and Berlin. 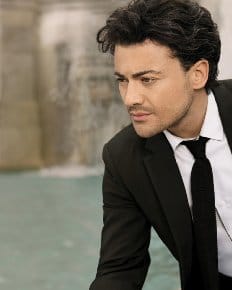