Sometimes the best records get made with no foresight whatsoever

Sometimes the best records get made with no foresight whatsoever. As part of his label switch from Sony Classical it had been planned that Murray Perahia would record the five concertos for the Beethoven year, live in Berlin where he had concerts scheduled with the visiting Academy of St Martin in the Fields. Then Perahia suffered a recurrent hand injury and had to be replaced by the Canadian Jan Lisiecki. The DG team were already booked for the recording so they went ahead, And, what do you know, the results were better than expected. 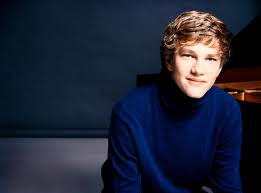