The violinist organised a small weekend gathering in New York to draw attention to allegations of rape by her late Curtis tutor, Jascha Brodsky.

She read out 400 solidarity emails. The Philadelphia Inquirer sent a reporter. 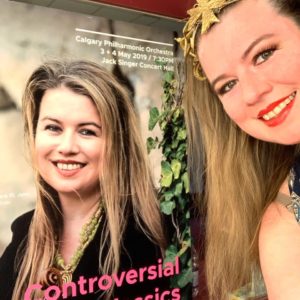