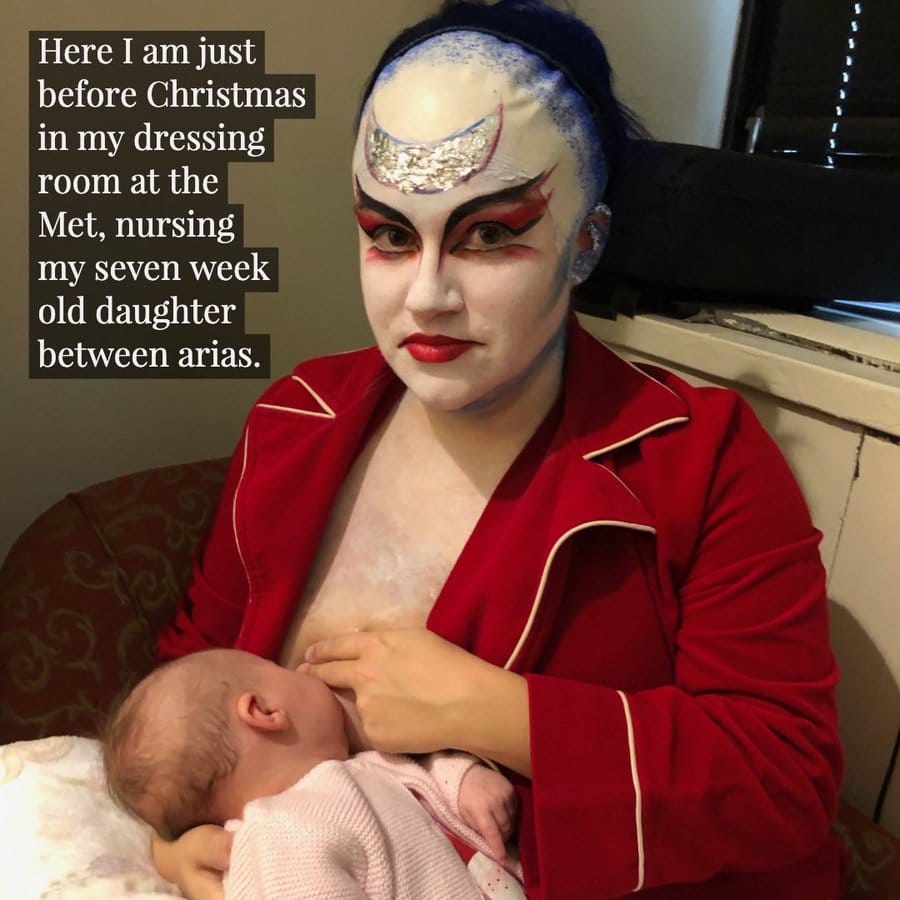 The American soprano, who accused various critics of reviewing her body rather than her voice, has named the main alleged culprits.

In an interview with Salzburger Nachrichten, she singles out Manuel Brug, critic of Die Welt, and – vaguely, ‘British media’.

‘I have not experienced it in the US yet, but in British media. It’s not just about me. When I heard about the experiences of many colleagues, I saw it as my job to talk about it.’ 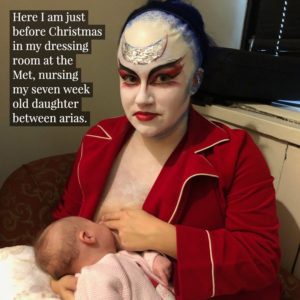 For those of you who are interested in the nitty gritty, here is my #lettertotheeditor of WELT, where Manuel Brug’s article was published describing my colleagues and me as “…dicke Frauen in engen Korsetten in diversen Separees die Beine breit.” (Fat women in tight corsets spreading their legs in various rooms…)

When Mr. Brug was confronted by Mark Brown of the The Guardian, his response was, “If she is so sensitive why is she showing herself the whole time in this corset? It is interesting that the thin ladies on stage all had dresses and the not so thin ones have costumes where you see a lot of her weight.”

Meanwhile, I sent his editors this letter:

While it is the prerogative of any reviewer to evaluate his subject, this particular assessment betrays a dearth of both journalistic aptitude and human decency.

Attacking the work as inelegant is a valid criticism — an obtuse and juvenile one, yet valid nonetheless. But to attack unspecified female members of the cast as “dicke Frauen”? This is the work of a lazy chauvinist, seeking pats on the back from his fellow hooligans. How is this worthy of such a venerable publication as Die Welt?

Personal insults are lazy ways to fill columns, but they also can be quite hurtful. In my case, being a new mother has added a large amount of stress to my life. Now I have to add to that caustic remarks propagated by your publication?

Imagine if your own mother had such an insult leveled at her—would you feel comfortable communicating it to your hundreds of thousands of readers?

I ask that you more carefully consider your responsibilities as editors and that you set higher standards of quality and decency for your employees.

Dear Ms. Lewek,
I thank you for your letter and am sorry to hear that you feel irritated by Manuel Brug‘s report on the Salzburg “Orphée”. Yet I think there is a basic misunderstanding: This report was not meant as a personal insult – and it is not written as a personal insult. What Manuel Brug did attack though, was Barrie Koskys stage-direction – and his view on woman expressed in this stage-direction. This is marked clearly in the first part of the sentence quoted by you: „Und leider läuft der gut geölte Marionetten-Mechanismus schnell leer, immer wieder machen dicke Frauen in engen Korsetten in diversen Separees die Beine breit.” Mr. Brug‘s opinion is not aiming at a certain singer, which is the reason it is put in the plural and without any name or further specification. What Manuel Brug is aiming at, is a theatrical stereotype – a burlesque “Marionetten-Mechanismus”, which uses (or abuses) a certain type of female stage character to achieve an atmosphere of cheap laughter, like in an English pantomime or in the Italian Commedia dell’arte. If the polemic sentence is judging anything, then it is the aesthetic world of Barrie Kosky, who plays to with a certain female cliché. This aesthetics might be called mysoginist, not Mr. Brug‘s clear words about it. To describe and criticize aesthetical stereotypes, even in drastic words, is the job of a journalist.
Best regards

Below is my recent reply:

Thank you for your response, but your assertion that I have a “basic misunderstanding” baffles me.

Obviously, Herr Brug is critical of Barrie Kosky’s “Marionetten-Mechanismus” — I acknowledged as much when I noted that inelegant direction is a legitimate target for a critic’s ire (though in this case, such a critique is pedestrian and boring). But Brug does not say “Kosky beleidigt Frauen, indem er sie zwingt, ihre Beine zu spreizen und schmeichelhafte Kostüme zu tragen.” Instead, he calls out all the “Frauen” who might be considered “dicke” in the cast, explicitly critiquing our bodies alongside the stage direction of “Beine breit”.

You will note that by way of supporting his disparagement of Kosky’s direction, he trains his critical eye exclusively on the “dicke Frauen”. Nary a mention of any “dicke Herren” in the cast (despite the presence of a rather rotund entirely naked man in the underworld scenes), nor a negative mention of any of the other aspects of the “Mariotten-Mechanismus” staging, in which the male performers frequently and deliberately imitate puppet movements as part of Kosky’s aesthetic, including caricatured sex. Instead, we’re supposed to smile along with Herr Brug as he is mildly entertained by “geniale” oinking and only yawn when the “dicke Frauen in engen Korsetten” spread their legs.

As for your assertion that Brug was actually berating Kosky for being misogynistic, I am astonished. George Orwell himself would be impressed by the audacity of this retroactive analysis. (I almost expected your valediction to read “Ignorance is Strength”.) Beyond being irreconcilable with Brug’s printed words in Die Welt, such a notion is witheringly belied by his own public response to my critique, as quoted in The Guardian: “If she is so sensitive, why is she showing herself the whole time in this corset? It is interesting that the thin ladies on stage all had dresses and the not so thin ones have costumes where you see a lot of her weight.”

Back in your newspaper, the only other description lent to a woman in our cast is reserved for Anne Sofie von Otter who is merely, of course, an “Alt-Mezzo”. She is presumably not “dick”, as we are told she is clad as a “Pastorengattin”. Still awaiting word on her performance (or any other woman’s), though.

Clearly, Herr Brug is not championing women here, and his criticism of this operetta is inept. Is he really someone on whom to stake your paper’s reputation? Is his puerile schlock worth publishing, let alone defending? If Brug was my employee, instead of penning a condescending apologia in his support, I would reprimand him not only for being cruel but for being too lazy to bother to support his pedestrian criticisms with anything more than childish insults.

« Alexander Pereira: One person blocked me at La Scala