Just in: Top US concertmaster steps down

The Milwaukee Symphony has just announced today that Frank Almond will retire as concertmaster at the end of the season. Appointed by Zdenek Mácal, Mr. Almond has served as concertmaster for 25 seasons under Andreas Delfs, Edo de Waart, and now Ken-David Masur.

Following his retirement, Frank will remain with the orchestra as an Artistic Advisor, working closely with Masur and others.

Frank says: ‘It has been an immeasurable honor to serve under the direction of such transformative and insightful music directors, and to perform with superb musicians who are treasured by this wonderful community. When I first started with the MSO, I never could have imagined the journey I’ve uniquely experienced. And while my passion for performing has never waned, now is the right time for me and my family to begin a new chapter. I’m excited by what’s in store for this season and look forward to continuing to contribute to the artistic vibrancy of both the MSO and Milwaukee in the years ahead.’ 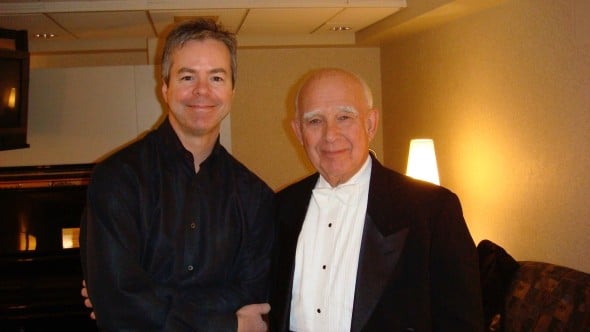 Frank came to unwanted international attention when armed robbers stole his Stradivarius in 2014. Happily, he was unharmed, the violin was recovered and the villains went to jail.