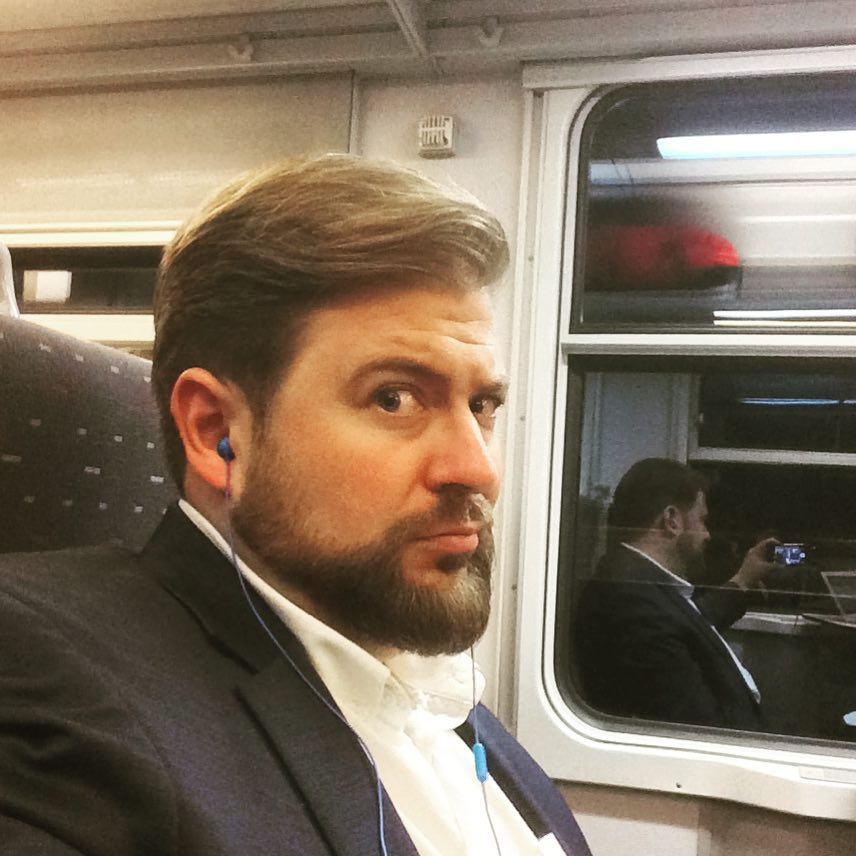 Having parted company forever with Placido Domingo, the Met efficiently inserted a respected Serbian baritone, Željko Lučić, in the title role for the entire run.

But something happened, and they are not saying what.

Last night, Željko Lučić was replaced by Craig Colclough, who made his Met debut.

The correction slip contained not one word about Craig, except that he’s American and a bass-baritone.

The performance started half an hour late for what were described as ‘technical reasons’. This may have been time needed to introduce the singer to the conductor. The soprano Anna Netrebko was not told of the switch.

Our man on the spot says Colclough had an uncomfortable start but steadily grew into the role. 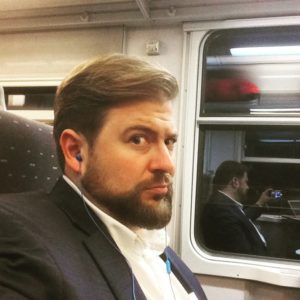 Colclough has sung recently at Covent Garden, Dallas and at Antwerp, where he had a noted success as Macbeth.

That’s him in a selfie on a Belgian train.

He was Domingo’s original cover for the role at the Met in which case he must have known his way around the set.

« Should a musician ever shout at an audience member?