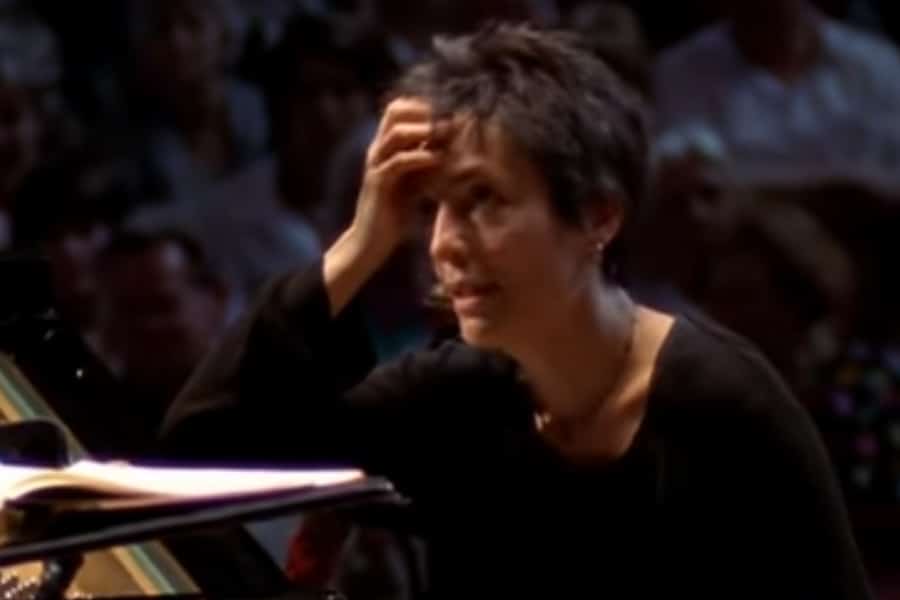 You remember the incident in Amsterdam a few years ago when Maria Joao Pires found herself facing a different Mozart concerto at a lunchtime performance from the one she expected. The conductor Riccardo Chailly managed to talk her through the switchover. Here’s how:

The episode came to the attention of our friend Rabbi Johnny Solomon, an educator in Israel, and he made it the basis for his Rosh Hashana meditation on the meaning of self-improvement and our connection with the conductor of all things.

Here’s Johnny’s text, reproduced with his permission, ahead of the Jewish New Year festival:

****
TESHUVA AS A SPIRITUAL CONCERTO

It was meant to be a routine lunchtime performance.

The Portuguese concert pianist Maria João Pires was set to play Mozart’s Concerto No. 467 alongside the Amsterdam symphony orchestra which was to be conducted by Riccardo Chailly. However, once the Orchestra played its first string of notes Maria realised – to her absolute shock – that the orchestra was playing a different piece – the D minor Concerto – as opposed to the one she had expected to play and had practiced.

Paralysed with fear, Pires’s head was spinning as the orchestra continued to play while the audience had no idea what was taking place. She wasn’t sure what to do, but as the orchestra proceeded, and as the moment when she would need to begin playing drew nearer, Pires needed to come up with a plan. Pires called out to Chailly, who at that point was waving his hands while conducting the orchestra, and she told him that there was a problem – she hadn’t expected or prepared that piece, and she didn’t have the notes of this piece with her.

Perhaps she thought Chailly would slowly wind down the orchestra and apologise to the audience. But this is not what he did because Chailly isn’t just a regular conductor, and he knew that Maria wasn’t just a regular pianist. Chailly knew that Maria was very familiar with the concerto he was playing, and that she’d played it during the previous season. So rather than considering how to end the concert, Chailly encouraged Maria by telling her: ‘I’m sure you’ll do well’. To this she replied, ‘I’m going to try’ – and this is what she did.

Though initially nervous, Pires began to play, and over time she eased into the music that came from a place deep within her consciousness. True, she didn’t have notes in front of her, and true she was unprepared. But because she also knew this piece, she had the notes inside of her.

I love this story and every Ellul I watch the short clip on youtube. And why? It is because each time Ellul comes around, I genuinely feel like Maria João Pires – utterly unprepared for Rosh Hashanah & Yom Kippur as if I’ve been practicing the notes for a concert I’ve come to realise is playing a different tune. Like her, when I hear the call of the Shofar of Ellul and Rosh Hashana, I feel paralysed and I am in shock, because I suddenly understand that what I’ve been doing isn’t aligned with what I’m expected to have done, and what I’ve achieved isn’t what I’m expected to have achieved.

However, just like Pires, something incredible and majestic occurs in those moments of shock. Rather than giving up, I sense that I am being encouraged by Hashem – the ultimate conductor of the world – and so each Ellul I say to myself ‘I’m going to try’, and, from a place deep within me, I somehow know to find the right notes, and I begin to play my life according to the expectations and in accordance with the notes of the ultimate conductor. It is this process that I would like to explore tonight – the process of hearing our inner music and living our lives in accordance with the song of our soul.

The Gemara (Niddah 30b), quoting Rabbi Simlai, informs us that something quite extraordinary occurs to each of us while in our mother’s womb – namely that we are taught Torah to the extent that we achieve spiritual clarity that penetrates the mysteries of the entire universe. Then, an angel causes us to forget all that we have learnt…. 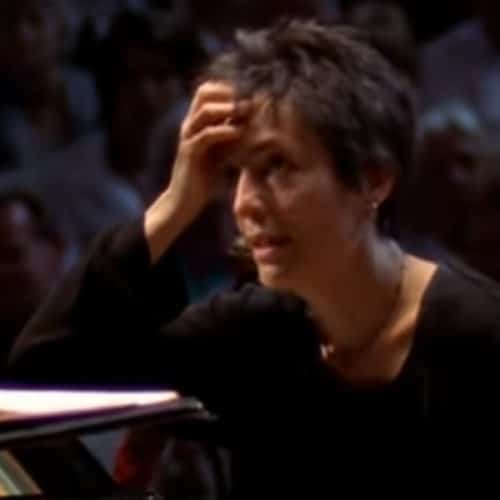 Should a musician ever shout at an audience member? »