Edo de Waart: I’m down to my last orchestra

The Dutch conductor who has made a career of being music director in two or three countries at the same time is now slowing down.

At 78, he is in his final season with the New Zealand Symphony. After that, he’s done.

‘This new role feels more good than wierd I just have to get used to it,’ he tells a Dutch newspaper. 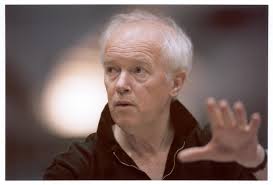