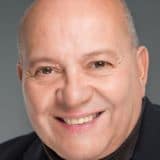 Death of a British tenor, 58

From the Boston Camerata:

Grieving, we announce the death this morning, from a sudden and massive heart attack, of our dear friend and colleague, British tenor Tim Evans. Tim was a superlative musician, alert, accurate, unfailingly musical; his ability to deliver a sung text in English or French or Latin or German, with exactly the right phrasing and inflection was a wonder to behold and experience, He was, as well, a superb comic actor with impeccable timing and an inimitable, infectious zany spirit. To top it all, Tim was a loveable bloke and a great companion on tours, home concerts, and media projects. We are heartbroken that the new Camerata recording, only days from public release, in which he sings so beautifully, will be his last appearance with us. It will be a while before we can take the measure of this profound loss.

Our thoughts at this terrible moment go out to Tim’s family in Germany: his wife, Suse, and his two children, Emily and Benjamin.

This morning in Prague I received one of the saddest messages of my life. My dearest friend and colleague, Timothy Leigh Evans, died of a massive heart attack this morning. The message came from Tim’s cell phone, but from his wife, Suse. Tim leaves behind two beautiful children, Emily and Ben, and countless friends and admirers of his voice. To sing with Tim was always effortless. We never had to work at it—there was a kind of magic that happened from the combination of our timbres. We felt it…it was unspoken. In 1991 we met and rehearsed the Medieval Mystery Play, The Play of Daniel (Ludus Danielis) in New York with Fred Renz and the Ensemble for Early Music and then toured to Brisbane, Australia, and Hawaii. We roomed together and immediately hit it off. I remember laughing and laughing. I learned Yorkshire folk songs and at some moment we began collaborating. We had a duo…the Simon and Garfunkel of early music;-)! We did mostly Renaissance lute songs together…Dowland and Campion. Tim was my best friend. We accompanied each other through major life changes, supporting and helping, sometimes just listening. We had a few arguments, but mostly we sang, harmonized, laughed…. A few days ago I called him just to chat. His throat was bothering him and he had had to cancel some work. He had started to collect a small teachers’ pension. We laughed about feeling old. He thought he had to decide between a lump sum and a monthly amount. However, the lump sum, he quipped, would have meant only a few years of payments and he joked that he intended to live more than three years…we laughed. Silly! Of course!! Three years! In the end he got both the lump sum and the monthly amount…but life was taken from him much too soon. Ah, Tim…my friend. How will I ever replace you in this life? I can’t believe it. I can’t accept it. I am so deeply sad….
Tomorrow I will go to his family to grieve, to help if I can, to share the sorrow. Thank you for the friendship, Tim, and the music……

« Paavo is conductor of the year