First tributes to a great American composer who died today after a long illness.

Kevin Puts: I am deeply saddened to hear of the death of my teacher, the great composer Christopher Rouse. I have held and will always hold his brilliantly-crafted music in the very highest regard, an example to which I will continue to aspire in my own work. I know he will live on through the enduring, searing power of the music he left us.

Tom MacCammon: Christopher Rouse  was the greatest living contemporary composer, in my personal opinion; and one of the kindest, most compassionate and inspiring forces for good in the world. He saw beyond the barriers and limits of sound and music, and pushed as far as humanly and musically possible. It is with immeasurable sadness and disbelief that I must say goodbye to a friend and mentor of his caliber.

Bill Eddins: The music world has lost a giant.

Jennifer Higdon: I will miss you, Chris Rouse. Thank you for being such an incredible composer, and sharing your gift with the world.

Ralph Jackson: Feeling the loss of Christopher Rouse and feeling it deeply. 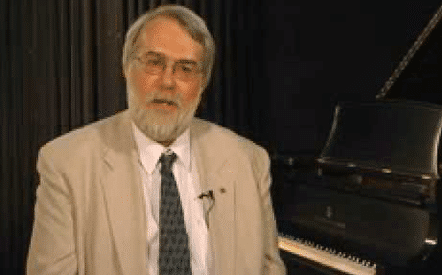 Aaron Jay Kernis:  I am shocked and saddened at Chris’ passing, far too early… He was a giant among American composers- his work never failed to inspire, invigorate and stun with its invention, dynamism and downright beauty. He will be sorely missed as composer and as such a dedicated mentor and teacher of generations of students.

Michael Daugherty: I had many hangs and dinners with Chris Rouse over the years going way back when I was teaching composition at Oberlin in 1988. Chris was always fun to spend time with and had lots of good stories to tell. He came to the U of Michigan several times over the last 20 years as a guest composer and I have many fond memories of hearing his music. Two world premieres of Chris’ music I attended come to mind: his Trombone Concerto with the NY Philharmonic and his Percussion Concerto with the Cleveland Orchestra. Chris was funny yet serious, witty yet complex, down to earth yet sophisticated. And Chris was generous with his time and helped many young composers: in 1988 Chris passed on my Metropolis Symphony to conductor David Zinman at the Baltimore Symphony who decided to program it. There are few contemporary composers who really understand and know how to write for orchestra and Chris was one of them. We will all miss him, but thankfully have his amazing music to remember him by!

Robert Paterson: I am deeply saddened by the loss of composer Christopher Rouse, one of America’s greatest composers. I studied with Chris for two years at the Eastman School of Music, and he was one of my greatest mentors, and for almost three decades, a true friend. I can say without a doubt, he had a tremendous influence on me as a composer. There are so many stories… over the years, we had numerous exchanges via email or out for dinner or drinks, especially re. composers to check out, and especially more obscure composers. I can still remember Chris saying, “well that composer *is* interesting, but do you know about…” Our conversations were almost never about his music or my music; they were about other composers.

Michael Wheatley: I am utterly shocked and heartbroken to hear we’ve lost the brilliant composer, teacher, and kind soul, Christopher Rouse! I’ve been so very inspired by his music. I can still remember so clearly the first time I heard a work of his in concert. I’d made an impromptu trip up to hear Leonard Slatkin conduct Mahler 1 in Detroit, and on the first half of the concert was Chris’ ‘Friandises’. A typically illuminating and inspired work of his, I was literally brought to tears that night having felt with absolute certainty that I was hearing one of the great compositional voices of our time.

In the years which followed, I went on to study many of his works, and when I finally found myself at Eastman working towards my doctorate, the one piece I was absolutely determined to conduct in Kodak Hall was Rouse’s ‘Rapture.’ I could not have been more obsessed with this work, and would play recordings of it for friends every chance I got. Finally, at the end of my final semester of coursework at Eastman, I was assigned this work as my final performance of my DMA recital with Philharmonia. Doctor Rouse, having been a former professor at Eastman, was gracious and funny and generous with his time and attention, and I will always treasure the interactions we had leading up to that performance.

Thank you, thank you, so very much – Doctor, Professor, Maestro, Musician, and friend – Christopher Rouse. So many of us will make sure your music is never silenced!

I’ll write more about this, but take a moment to listen to Christopher Rouse’s 1st symphony tonight in his memory. Powerful music from a wonderful teacher.

Bramwell Tovey: Christopher Rouse wrote to me two weeks ago, sharing his own cancer journey (which he’d kept very private) as he’d heard I was going through my own. I’ve been dithering over my reply but now it’s too late and I’m devastated to read he lost his battle today.

I met Chris for the first time when he visited the Winnipeg New Music Festival in the 1990s. We gave the Canadian premieres of many of his major works including the violin concerto with Gwen Hoebig and the trombone concerto with John Helmer, epic performances both, the 2nd symphony and Kabir Padavali with the amazing Valdine Anderson. Later I conducted the New York premiere of the 2nd symphony with the New York Philharmonic – those are the immediate stand out performances but there were others.

So much power and visceral energy, such force and creativity, confrontational and virtuoso music. Yet he was a fan of Disney, taking his family for three weeks every year to one of the parks. Always dressed in shirt and tie, I wondered if he wore a suit when he visited Mickey Mouse.

R.I.P. Chris…thanks for the incredible music and wonderful memories.

Nico Muhly: Another Christopher Rouse memory: his obsession with Disneyland, -world and all things Disney. I loved the idea of him in one of those hotels with all that music spinning around in his head. Maybe my first or second lesson with him, it came up that I’d never been, and he told me that I had to go, but that wasn’t really sensible compositional advice, so then he told me to go listen to all six Nielsen symphonies. I still try to maintain his fierce belief in just *knowing rep*: listen to everything, no matter how obscure you think it is, or how much you’re already convinced you don’t like it — there is always something great to uncover. In a surface way, it felt like he was reinforcing the traditional canon, but there was a subversiveness to the rigor of listening to ALL of the other stuff — the forgotten Orff cantatas, Poot symphonies, off-the-beaten-path Sibeilus chamber music… I think that’s part of why his music is infused with such rigorous craft — and almost always in the way where you see the score and it’s actually much SIMPLER than you think — I’m thinking about those long, slow lines in the 2nd Symphony, the terrifying psychological landscape in Iscariot or that magnificent and perverse chorale in the flute concerto. There are, of course, then moments of luxurious, decadent complexity and force: Phaethon, Gorgon, the Trombone concerto…