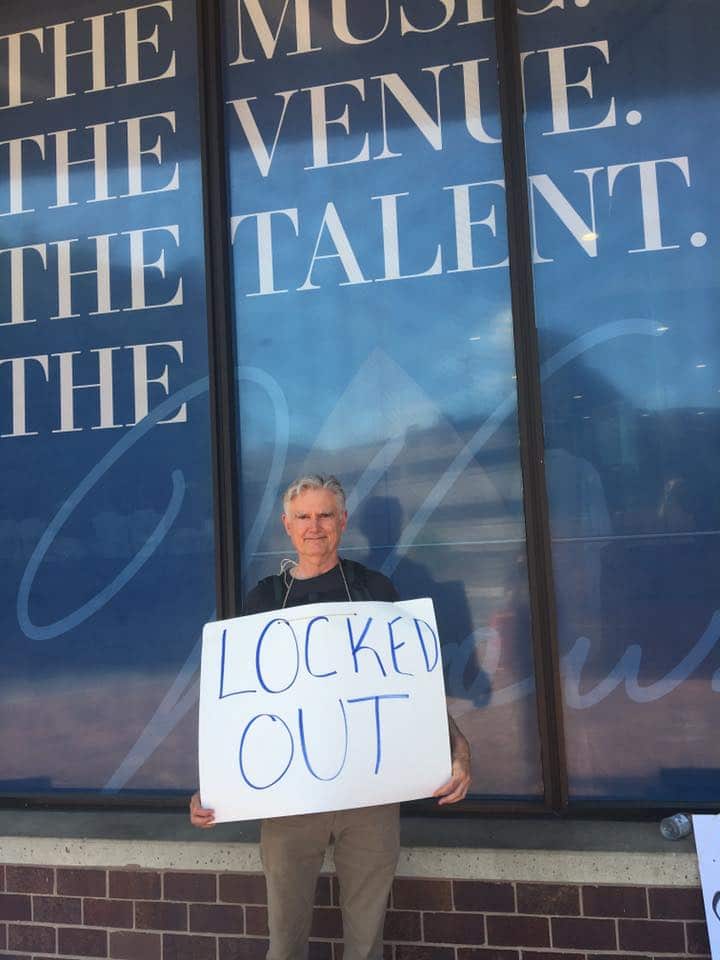 The Baltimore Symphony Orchestra has replaced its board chair Barbara Bozzuto after a bruising conflict with its musicians. Her legacy is the lockout. Other heads may yet roll. Here’s the top-spin from the BSO management: 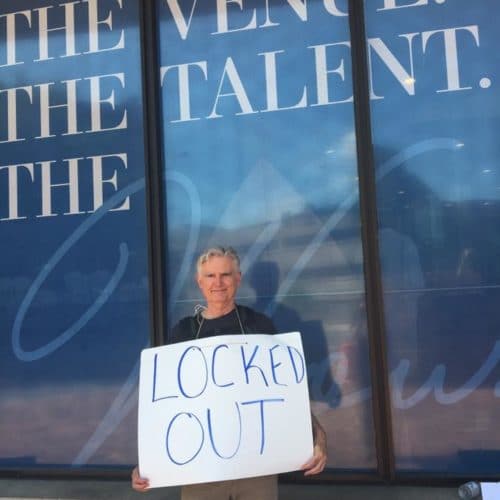 The Board of Directors elected the following Officers: Mr Barry F. Rosen, Chair; Mr. Steven R. Schuh, Vice Chair and Treasurer; and Ms. Kathleen A. Chagnon, Esq., Secretary. Mr. Peter T. Kjome serves as President and CEO, and Ms. Sarah I. Beckwith serves as Vice President and CFO. In speaking about his election as Board Chair, Barry Rosen said, “Barbara Bozzuto is a hard act to follow, but I am excited to work as hard as I can during these important times for the BSO.” Rosen is Chairman and CEO of Gordon Feinblatt LLC and previously served as a Vice Chair of the BSO Board of Directors.

The Board of Directors unanimously elected Barbara M. Bozzuto as Chair Laureate, in recognition of her exemplary service to the Baltimore Symphony Orchestra. Under her leadership, the Orchestra’s Resounding Campaign has raised nearly $50 million to help sustain the organization and expand the reach of its innovative and ground-breaking artistic and educational programs. In addition, last year the Orchestra embarked on its first international tour in over a decade, with debut performances at the BBC Proms and Edinburgh International Festival.

In concluding her five-year tenure as Board Chair, Barbara Bozzuto commented, “As I come to the end of my two terms, I am gratified to acknowledge the accomplishments of this board and administration, and decisions that have placed the BSO in the best possible position to move forward to a sustainable future. This Board should be proud of their commitment to that goal.”

“We are grateful that Barbara has agreed to continue to play a leadership role in the vital fundraising efforts that lie ahead to advance the BSO, said President and CEO Peter Kjome. “With Barry Rosen’s leadership and extremely strong commitment to the BSO, along with the steadfast support of our community, we will continue to build on the progress that has been achieved.”

At its meeting, the Board of Directors also approved the establishment of a new Vision Committee, to include musician participation, with a broad mandate to plan for the future of the BSO.