The Dominican tenor Francisco Casanova has died in Providence, RI, in the week of his 62nd birthday, his family has reported. While teaching in New York, he lived in RI with his wife Janice. A week before his death he entered the Hulitar Hospice Center in Providence.

Francisco came to fame replacing Luciano Pavarotti at a New York Philharmonic gala concert in 1996. He went on to appear at the Met and other major houses. His signature role in Vienna was Eleazar in Halévy’s La Juive.

Basia Jaworski wrote of his recording: ‘Francisco Casanova – after Tucker and Shicoff – in my opinion is perhaps the greatest Éléazar of our time. His robust tenor sounds tormented and passionate but also extremely lyrical. The Rachel, sung by Asmik Papian with sizzling passion, fits in perfectly with this. So beautiful, I have no words for it.’ 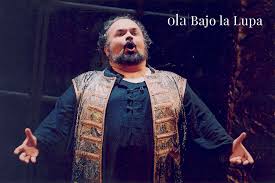