Was Korngold better than we thought?

He’s on a remarkable new release from Chandos, reviewed as the Lebrecht Album of the Week:

The first two movements of the symphony are brass-heavy Errol Flynn swashbucklers, the adagio is midway between late Brahms and Mahler, and the finale is back to Hollywood for a happy ending…. 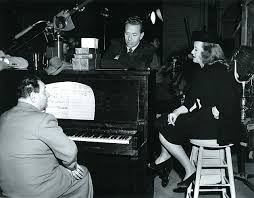