The Vienna Philharmonic, which is giving Bernard Haitink’s final concerts at the Salzburg, BBC Proms and Lucerne festivals, today named him an Ehrenmitglied, or honorary member.

Haitink first conducted the orchestra in 1972 and has appeared with them more than 100 times. 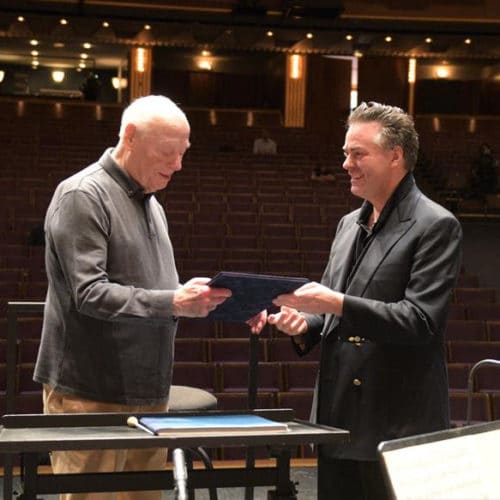