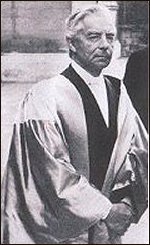 Questions are raised over Karajan’s doctorate

Austrian media are having the vapours this morning at the discovery that the Salzburg Festival used undue influence in 1975 to procure an honorary doctorate for Herbert von Karajan.

The University of Salzburg resisted, saying the conductor had no academic pedigree whatsoever.

The Festival insisted, adding: whatever you do, don’t mention the War (or words to that effect).

The question we should be asking is who wielded the big stick to get Karajan an honorary doctorate from Oxford three years later? My guess is Edward Heath, the former prime minister.

« Slipped Disc gets blocked at ENO