It has been leaked that Anna Netrebko will sing Tosca next summer at Salzburg, the festival’s centenary season.

She sang the role for the first time at the Met this season and the Salzburg date was long planned, but the leak was intended as a kind of apology for missing a limelight performance last week.

She is also down to sing Tosca at La Scala’s opening night, this coming December 7. 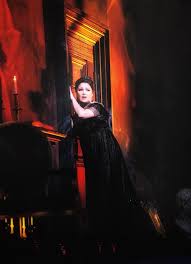