Nancy Holloway has died, at 86

The archetypal American in Paris, Nancy arrived from Cleveland via New York as a nightclub dancer in the 1950s. She began singing ye-ye when the action was slow.

In 1961 she opened her own club, Chez Nancy Holloway, starred in a film and released her first hit single, ‘Le Boogie du bébé’. Over a stream of releases, she became popular as an American chanteuse who sang American hits in badly accented French directly to a French audience.

She died yesterday in Paris, aged 86. 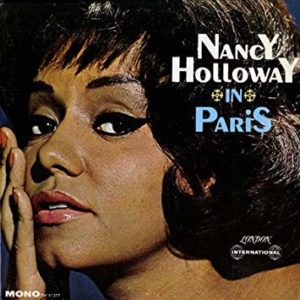