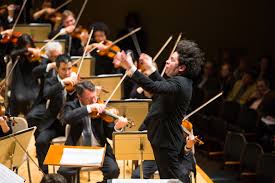 Music hire rates could go through the roof

We wanted to make you aware of an issue regarding the Performing Rights Organizations (PRO) BMI and ASCAP that could have a significant impact on the concert industry.  The U.S. Department of Justice is considering ending the Antitrust Consent Decrees which have regulated both BMI and ASCAP since the early 1940s.  These Consent Decrees require, among other things, that both organizations provide licenses to anyone who requests a license and to apply standardized fees for the performance of works by similarly situated licensees. The termination of the Consent Decrees would allow these PROs to significantly increase rates without any of the judicial or DOJ oversight required under the Consent Decrees, allow differing fees between presenters and give them the ability to decline licenses potentially giving the PROs the ability to control which acts presenters may hire.  This could also create significant uncertainty in how venues and promoters would license performance rights for events going forward.  BMI is in the Rate Court right now requesting licensing fees that include percentages of additional revenue earned from secondary markets, sponsorships, VIP packages, ticket broker charges and other relevant streams of income.  Although we do not know how the Rate Court will decide this issue, without judicial oversight under the Consent Decrees, it will be much easier for the PROs to pursue these additional revenue streams.

There is a short window of time to provide comments to the DOJ and your state representatives in Congress.  August 9, 2019 is the deadline for comment.  If you feel that this change may affect your business, you can submit comments directly to the DOJ at ATR.MEP.Information@usdoj.gov; or fill out the form at the Music Innovation Consumers site, which will be sent to your state official – https://p2a.co/tKFkiap.  Please feel free to share these links with any interested parties.

One major orchestra has swiftly responded:

This issue is also happening with all the orchestras and the Orchestra League has hired a lawyer to work on this as its extremely serious. The lawyer has written a letter to the DOJ signed by as many orchestras that want to participate, objecting to the ending of the Consent Decrees.

Composer gets his own footpath »