Just in: A star speaks up for Placido Domingo

The first to break the silence is Sonya Yoncheva.

An irreplaceable figure in our industry, he, more than anybody else, proved that a successful career depends only on your work and your talent, nothing else can help it or destroy it! @PlacidoDomingo pic.twitter.com/pz1HxyKllb

Here’s a longer version of her tribute:

‘A real gentleman, philanthropist, artist, charming and peaceful human being, who is devoted to the new generation of singers in the most humble and respectful way. I know Placido for nearly 10 years and it was, it is always a great pleasure to work with him. You can rarely find today a person who respects more his job, his colleagues, the team of each theater and his fans. An irreplaceable figure in our industry, he, more than anybody else, proved that a successful career depends only on your work and your talent, nothing else can help it or destroy it! Placido Domingo.’ 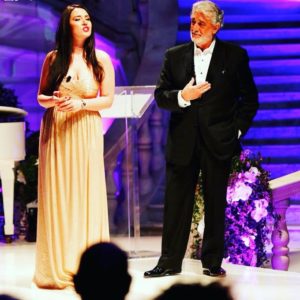 There have also been messages from such senior figures as Mara Zampieri and Maria Guleghina.

UPDATE: The Mexican tenor Javier Camarena writes: ‘Maestro Domingo: You know how much I appreciate and admire you. You have my eternal gratitude for your kindness and your always beautiful words regarding my work. I pray to God for the peace in your heart, may his arms embrace and protect your family in this moments of storm.’

One of the kindest, humble and professional people I’ve known! #Isupportplacidodomingo #Standbydomingo