The French violinist – the greatest her country ever produced – was born on this day in 1919 and died at 30 in an aircrash.

It is a mark of her virtuosity that she beat David Oistrakh into second place at the Wieniawski Competition. ‘She hypnotised you with her charisma,’ said fellow-Flesch student Ida Haendel.

Between the end of the Second World War and her death in October 1949, Ginette Neveu recorded major concertos for EMI. The Sibelius is legendary. 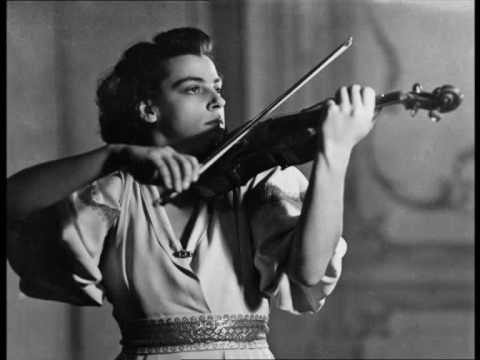