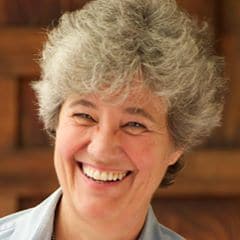 ISCOM: We are losing orchestras

The International Conference of Symphony and Opera Musicians is holding a crisis meeting in Utah.

‘We are losing orchestras,’ says ISCOM chair Meredith Snow, a Los Angeles Philharmonic violist. ‘We’re a little bit like the canary in the coal mine because we’re so dependent on public support and funding that … we lose oxygen first.

‘There’s no symphony orchestra that sells enough tickets to keep themselves afloat. It’s just not how the business model works. You have to have private funding and people who donate to keep the doors open … and those people are harder to find.

‘You look at most orchestras, we’re very white. Our donors are white and our patrons are white, and that does not reflect the society that we live in,” Snow said. “We need to be looking at inclusion and diversity, and offering female composers and conductors and people of color and Latinx — all of those things are relevant to how we maintain ourselves. We’re definitely behind the eight ball.’

UPDATE: Meredith Snow has sent us this clarification:

The 2019 ICSOM conference is not a “crisis meeting.”  Rather, it is our 57th annual conference.  We’ve been holding it every year since 1963, in good times and bad.  While there is always discussion at the conference regarding the challenges facing our orchestras, we firmly reject the notion that there is a “crisis” among ICSOM orchestras; to the contrary, despite a small number of workplace disputes over the past year, the vast majority of ICSOM orchestras are alive, well, and thriving.

Similarly, the quote “we are losing orchestras” was taken entirely out of context.  In the interview with Deseret News, that statement was made in the course of discussing economic crises in 2003 and 2008, in which some orchestras indeed faced difficulties.  That is simply no longer the case.

Orchestras, like other arts organizations, will always require the support of patrons. But the arts in America are an economic engine:  according to Americans for the Arts, the nonprofit arts and culture industries generated $166.3 billion in total economic activity and supported 4.6 million jobs in 2015.  Creative solutions to the economic challenges that face orchestras are evident in the hundreds of cities across America that support orchestras of every budget size.  ICSOM sees a bright future for symphonic music, and for ICSOM orchestras in particular.

City Opera thinks it has something to celebrate »