Gay pianists: can you tell?

It’s a meditation in Stephen Hough’s new book, Rough Ideas: Reflections on Music and More, out this week from Faber.

Stephen writes: Vladimir Horowitz once said that there were three types of pianist: Jewish, gay and bad. Actually, I have known some that were all three, and instantly a plethora of those who fulfil none of these categories spring to mind, but is there something that makes Horowitz, Sviatoslav Richter and (Shura) Cherkassky (to choose three completely contrasting artists) different from, say, Artur Rubinstein, Emil Gilels and Rudolf Serkin?…

You’ll have to buy the book to read more. 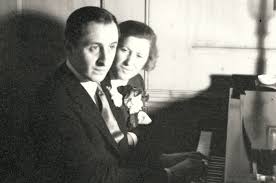