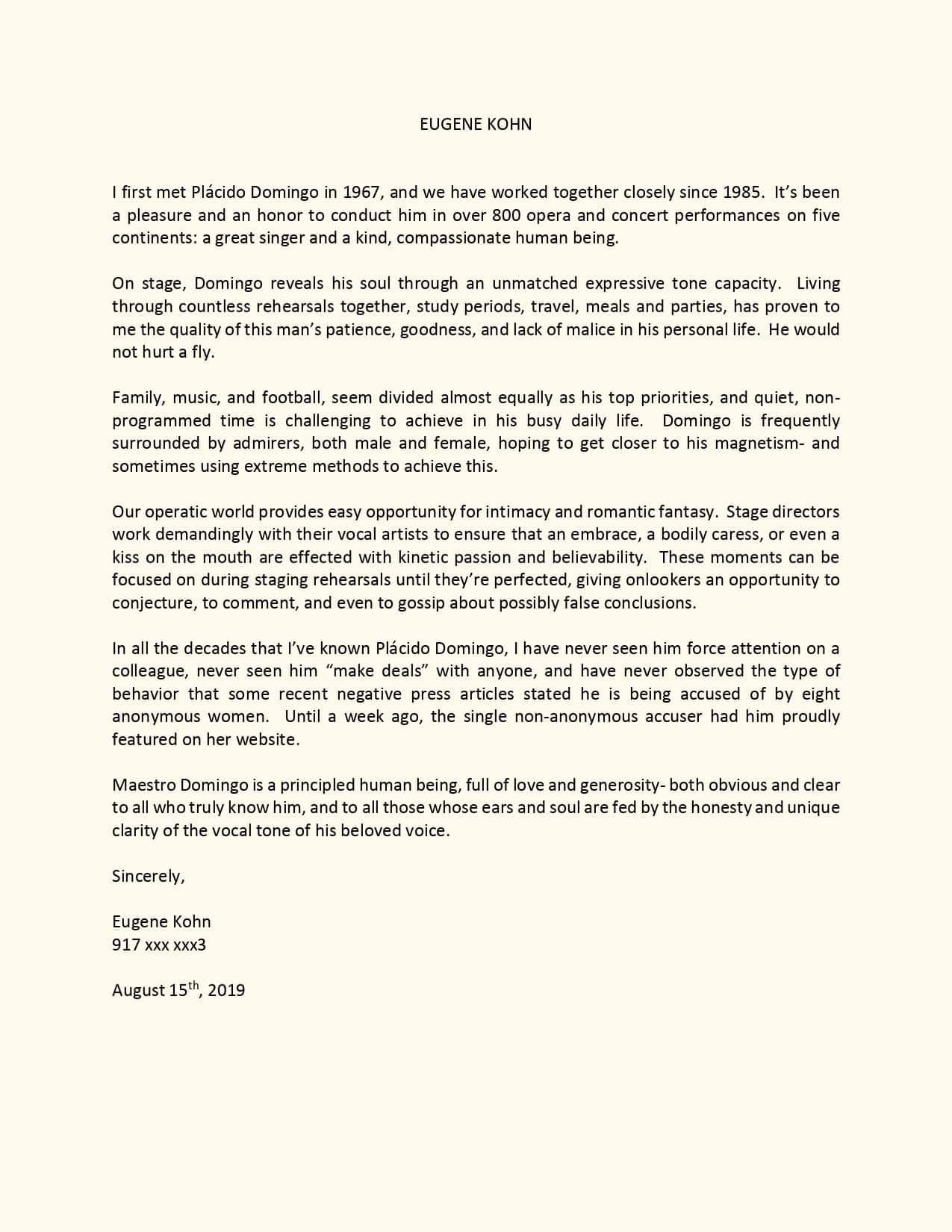 A message from Eugene Kohn, who has conducted Placido Domingo more than 800 times in 52 years. 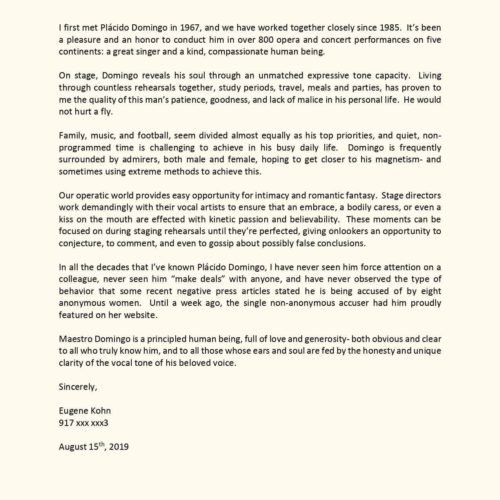 I first met Plácido Domingo in 1967, and we have worked together closely since 1985. It’s been a pleasure and an honor to conduct him in over 800 opera and concert performances on five continents: a great singer and a kind, compassionate human being.

On stage, Domingo reveals his soul through an unmatched expressive tone capacity. Living through countless rehearsals together, study periods, travel, meals and parties, has proven to me the quality of this man’s patience, goodness, and lack of malice in his personal life. He would not hurt a fly.

Family, music, and football, seem divided almost equally as his top priorities, and quiet, non-programmed time is challenging to achieve in his busy daily life. Domingo is frequently surrounded by admirers, both male and female, hoping to get closer to his magnetism- and sometimes using extreme methods to achieve this.

Our operatic world provides easy opportunity for intimacy and romantic fantasy. Stage directors work demandingly with their vocal artists to ensure that an embrace, a bodily caress, or even a kiss on the mouth are effected with kinetic passion and believability. These moments can be focused on during staging rehearsals until they’re perfected, giving onlookers an opportunity to conjecture, to comment, and even to gossip about possibly false conclusions.

In all the decades that I’ve known Plácido Domingo, I have never seen him force attention on a colleague, never seen him “make deals” with anyone, and have never observed the type of behavior that some recent negative press articles stated he is being accused of by eight anonymous women. Until a week ago, the single non-anonymous accuser had him proudly featured on her website.

Maestro Domingo is a principled human being, full of love and generosity- both obvious and clear to all who truly know him, and to all those whose ears and soul are fed by the honesty and unique clarity of the vocal tone of his beloved voice.

All shall have prizes: 30k for Austrian composer »