Breaking: St Paul’s ex-chief is cleared of all charges

Malcolm Archer, director of music at St Paul’s Cathedral from 2004 to 2007, was cleared today by a jury at Chelmsford Crown Court of two charges of indecent assault and indecency with a child.

Another man, Kenneth Francis, was convicted in the same trial.

Archer, 67, is a prolific composer who was director of chapel music at Winchester College from 2007 until his retirement last year.

He is an innocent man. 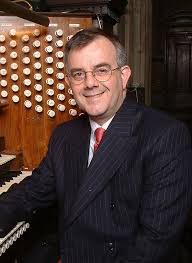