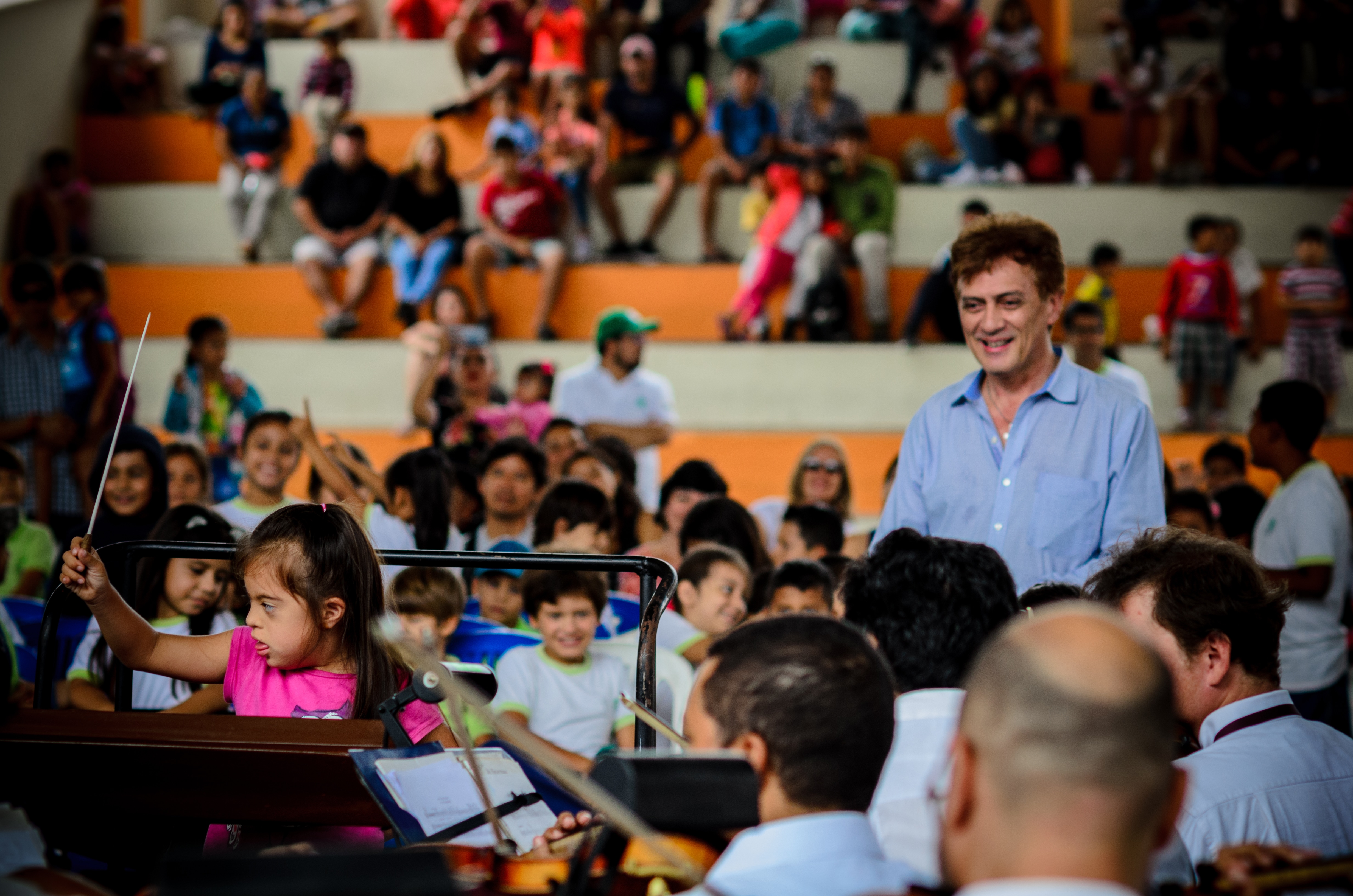 There’s an orchestra in the Galapagos

The conductor Dante Santiago Anzolini has been telling us about his Orquesta Sinfónica de Guayaquil, which does not just make music. It also tries to save the planet.

The Festival “Music for the Planet” this weekend was created be me with the intention of relating the experience of playing, learning, listen to symphonic music with promoting ecological awareness in view of the evident immediate perils of global warming coupled with environmental destruction.

The first edition took place in June 2018: The Orquesta Sinfónica de Guayaquil played four concerts under my guidance: one for children, one for the teenagers, and finally one for the whole family. The repertoire ranged from Beethoven to Mahler, Ravel, Richard Strauss, ending with some orchestral arrangements of popular music, rap, folk and pop, all from composers living in the islands, with lyrics underlining the blessings of ecological paradise.

All pieces were introduced to the public for the first time in history, since no orchestra of this size had ever set foot in Galápagos, nor the concerts presented in the past had the success and attendance shown with us.

The closing ceremony was presented with Copland’s Fanfare for the Common Man, followed by the South American premiere of the film “Jane”, a biopic of Jane Goodall, made of the original footage of her own experiences in Africa with Chimps and different types of primates. The music was composed by Philip Glass, the OSG accompanied the film with live music.

My interest in creating this could be summarized into the following ideas:

-Music education is presented as one particular tool for a needed self-awareness. To understand oneself is to begin understanding the world. Translated into introspection and self-analysis, the acquaintance of artístic knowledge may help constructing a more accurate observation of the world, thus, it will inspire conscientiousness about environmental protection.

-The current events show a particularly evidence on accumulative data for global perils.

This year, the environmental protection theme is “” PLASTIC “”, the need to restrain its use, the known consequences of its abuse, the current contamination of the sea.

For this purpose this year of 2019 we organized 4 events:

1- On Friday 23rd some small groups from the orquesta will visit elementary and High schools and of Santa Cruz, Galapagos with the intention of showing and demonstrating how to “use” music, its study, practicing, objectives, how to understand the benefit it provides, the possibliity of social change by creating musical ensembles, and the intellectual growth as a consequence of its analytical study.

2 – First Concert: for young people at the San Francisco School. The repertoire thematically encompasses Shakespeare, the genre opera, orchestral music as an important element use in the film industry, the arrangements of popular music.

3-Second Concert for everyone, outdoors. The repertoire contains Mars and Jupiter by Gustav Holst, Ecuadorian national music, my orchestral arrangements for accompanying singers from Galapagos, and from the continent, some pop contemporary popular music played by the Orchestra.

4 -Third Concert for all audience at the San Francisco School. The ***Verdi La Forza-Dvorak New World-Holst The Planets*** concert program is conceived as the orchestral main course, with paradigmatic pieces, all of great popularity among interested public, all of them created visible consequences in the film industry, all of them possesing immanent significance on the search for individual awaraness.

Each one of the pieces will be described in its historic background, circumstances of its creation, and relationship with self-awareness. Short videos showing the current perils of plastic in the seas will be shown for the audience. The objective of dissemination our musical art is to promote individual musical practice to young audiences as a priority. The emergence and sustainability of orchestras and youth choirs promotes the integration of activities that generate joint and interdependent work discipline.

Finally, showing musical work as part of a multi-disciplinary whole -as it is being done in Guayaquil through my own Youth Symphony Orchestra, can function as a good experimentation in Galapagos: a relatively small young population in the Islands could be used to set a model for intensive work on orchestral music, but not only music : it must be accompanied by instruction in mathematics, history, geography, philosophy and psychology, to create a model for round education -a very old but nowadays new humanistic approach. 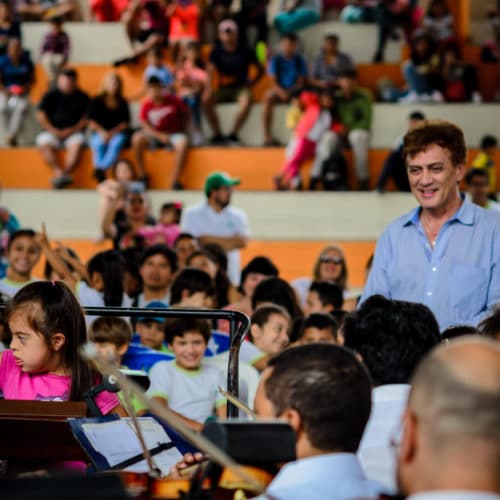 « How many pianists can you sit at a keyboard?